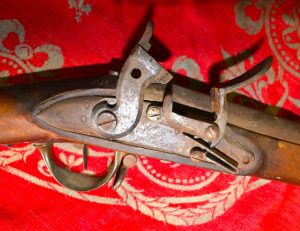 How did France help us win the American Revolution? By providing the colonists with weapons!  Angry with Great Britain after the loss of territory during the French & Indian War, the French Ambassador met with Benjamin Franklin in 1778 to sign The Treaty of Alliance. France provided colonial soldiers with more than 100,000 guns (like the Charleville Musket pictured here). These front-loading muskets took in excess of 2 minutes to load resulting in multiple lines of rotating shooters.